skip to main | skip to sidebar

“A nation that continues year after year to spend more money on military defense than on programs of social uplift is approaching spiritual death.”--Martin Luther King


TS
Posted by Terry Simons at 8:29 PM No comments:

This is a movie for our times, the 1993 classic "Bad Lieutenant."

If you haven't seen it, check it out.


TS
Posted by Terry Simons at 3:24 PM No comments:

Thanks to RP Thomas.  I hadn't seen this before.  Enjoy the day.

Posted by Terry Simons at 2:14 PM No comments: 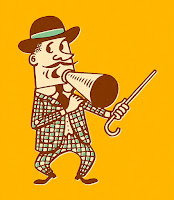 The conventional wisdom on presidential politics nowadays was described a century ago by William Butler Yeats: “the best lack all conviction, while the worst are full of passionate intensity.”

“The best,” in this case, would be voters gearing up grudgingly to vote for Joe Biden; “the worst” would be supporters of Donald Trump.

The conventional wisdom is right or rather it would be right if instead of lamenting the absence of conviction among the best, it focused instead on their absence of enthusiasm.

Biden supporters are not lacking in conviction when the issue is sending Trump and his miscreant underlings packing. However, few, if any, of them are gung-ho for Joe. How could they be? There is no there to enthuse over.--AL

Andrew Levine is such a good writer and thinker I find it amazing.  I still think Kamala Harris will be our new prez by 2022.


TS
Posted by Terry Simons at 8:53 PM No comments: 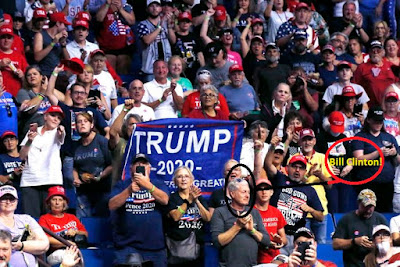 
TS
Posted by Terry Simons at 8:48 PM No comments:

Change You Can Believe In--For Real This Time

If the prospect of the Trump – Biden presidential election fills you with horror and despair, you might give some thought to not just replacing both candidates but the presidency as well, at least as we now conceive it.

For some time now, but maybe since the Kennedy administration (which ended in a hail of voter-suppressed gunfire), I have been thinking that one of the biggest problems with American democracy is the presidency itself, the idea that the chief magistrate of the country should be one person elected every four years by a few swing voters in Ohio, North Carolina, or Florida.

What good can be said of an office that regularly is awarded to the likes of Ronald Reagan, Richard Nixon, and George W. Bush, and that this year, for its finalists, has Donald Trump and Joe Biden, men who otherwise would not be eligible to coach Little League teams or lead Scout troops (pussy grabbers and hair sniffers need not apply).--MS

I like a lot, not all, of the thinking in this essay.  It's somewhat outside the box and something similar ought to be the focus of a new constitutional convention, which I think is key to fixing this holy mess.

Could it happen without more massive repression and violence against our citizens, while deriving a new consensus?

There's always risk; ask the ghosts of our first revolutionaries.


TS
Posted by Terry Simons at 1:47 PM No comments:

TS
Posted by Terry Simons at 8:15 PM No comments:


TS
Posted by Terry Simons at 2:47 PM No comments: 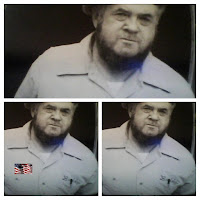 Trump is a product and sign of U.S. capitalism’s exhaustion. The long, cozy governmental alternation between GOP and Democrats after the trauma of the 1930s Great Depression had achieved its purpose. It had undone FDR’s redistribution of wealth from the top to the middle and the bottom. It had “fixed” that problem by reversing the redistribution of wealth and income. The ideological cover for that “fix” was bipartisan demonization of domestic socialism combined with bipartisan pursuit of Cold War with the USSR. The major GOP vs. Democratic Party dispute concerned the modes and extents of governmental support for private capitalism (as in Keynes vs. Friedman, etc.). That minor squabble got raised to the status of “the major issue” for politicians, journalists, and academics to debate because they caved to the taboo on debates over capitalism vs. socialism.--RDW

It's not us versus the GOP.  It's us versus the Democrats and the GOP.  Driving that point through the thick skulls of some people is a formidable challenge. Because there is no real choice among candidates that might appeal to the left, we're given the "no option" election as usual.

It's fairly clear that Biden knows his role among the D-side's pols, AKA, the party's power-elite.  If he beats Trump in the GE his purpose will have been rendered.  If he can beat Trump, which is the wager of the century, his handlers (he's not capable of a coherent thought himself) will enact the soft coup.

Biden, all in on the strategy, will have served his purpose.

Soon thereafter, he will resign for health reasons and his VEEP choice will take over.  Given the times, and not logic, I'm guessing Kamala Harris.

All of this is predicated on Biden's supposed electability, of course. Is that part of the miasma even real?


TS
Posted by Terry Simons at 5:38 PM No comments:

Body-cameras and street documentation have not slowed the use of violence among those sworn to serve and protect.

That is because the police themselves are protected by a higher authority--an institutionalized, radicalized and acculturated sense of power given them by governing elites, i.e., the caretakers of the wealthy.

Will that change very soon?  Of course not.


TS
Posted by Terry Simons at 8:10 PM No comments: 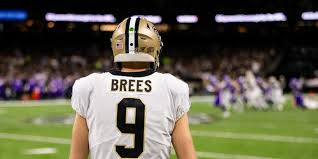 Okay, enough about Brees, but for this.

No?  Okay, back to the drawing board.


TS
Posted by Terry Simons at 9:25 PM No comments: 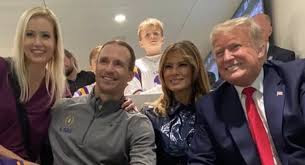 A Cold Brees is blowing through the sports world today after a white NFL quarterback, who is a multimillionaire many times over, says something really stupid and irrelevant to the situation at hand in the U.S. today--race relations.

To Drew Brees it's all about the flag. At least one of his teammates with the New Orleans Saints has spoken out. Other sports pros around the country have also questioned his statement.

And of course everyone has a right to an opinion; it's just that some speech is recklessly degenerate and misbegotten--and plainly stupid.

The guy attended Purdue University.  I wonder if he ever cracked a U.S. History book?

Maybe he's brain damaged.  We can't rule it out.  It is after all football, and he's played the game for many years.

Here is a relevant piece I wrote several years ago. If your concern is optics, Colin Kaepernick looks really good right now.

TS
Posted by Terry Simons at 8:29 PM No comments: 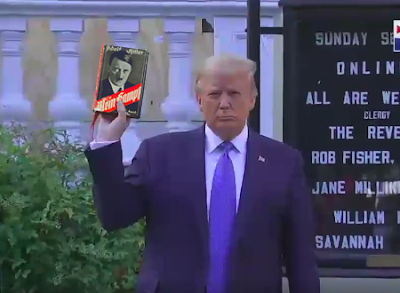 You can't say it isn't a fact.


TS
Posted by Terry Simons at 9:03 PM No comments: 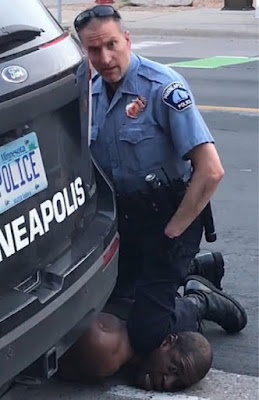 He has a pathological stare.  His eyes show fear and hatred. Dude murdered an unarmed black man.  Will he be punished to the fullest extent of the law?  In America today?  Take a wild guess.


TS
Posted by Terry Simons at 7:48 PM No comments:

Terry Simons
Terry Simons is the founder of Round Bend Press Books and Round Bend Press Detritus. He has worked as a day laborer, dishwasher, factory drone, community organizer, journalist, media consultant and freelance writer. He attended the University of Oregon and Portland State University, where he read journalism, politics, literature and history. He is the author most recently of "Third and a Mile," a fan's notes about the University of Oregon's football travails, 2010--2017. RBP books are available from Amazon and Lulu. Write to: roundbendpress@yahoo.com

Far from permitting myself to derive it from the first source that came to hand, I did not even trust my own impressions...Thucydides
The best of the best:
My Amazon Page
RBP Spotlight at Lulu
Round Bend Press Books
K.C. Bacon
Charles Deemer
Buddy Dooley
Charles Lucas
Lee Santa
RP Thomas
My work at CounterPunch
And a few more I like:
TLS
NYT Sunday Book Review
This Day in History
Arts & Letters Daily
Common Dreams
CounterPunch
Truthdig
The Onion
Beyond the Pale
Top Documentary Films
Senses of Cinema
Open Culture
Poetry Foundation
World Socialist Web Site
Black Agenda Report
TomDispatch
Them Russians

Third and a Mile

Along Came the Death Squad

Nightscape in Empire & The Talent Poems

The Children of Vaughn

Cold Eye: A Generation of Voices

Litany in a Trumpeter's Bog

The Law of Revenge 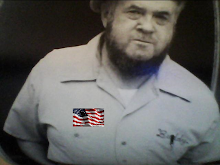 "He was a strange little man with odd habits and an obscure worldview, and instincts that were irreconcilable with the herd."--TS